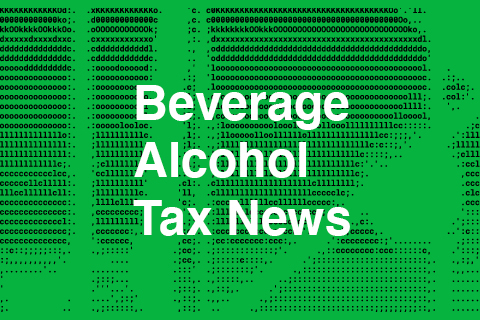 On February 7, 2022, the Delaware General Assembly approved a law allowing any person in charge of a store in Delaware and holding a valid license for off-premises consumption to sell beer, spirits or wine for curbside service. All sales made for curbside service should obey the following rules:

Arkansas: Sale of Wine and Beer Through Drive Up Windows Allowed at Certain Outlets — March 18, 2022

Effective March 8, 2022, Arkansas amended their previous law, allowing the sale of wine and beer through drive up windows within the premises at certain outlets which hold a retail beer off-premises permit and small farm wine retail permit.

Rhode Island’s law which was initially set to expire on March 1, 2022, is now repealed permitting brewpub manufacturer’s license holders and class B license holders to continue selling certain quantity of wine, mixed beverages containing distilled spirits, beer and wine-based drinks along with food take-out orders. They can sell up to:

Class B license holders need to sell alcoholic beverages at the same price as what is charged for consumption on the premises.

Texas Alcoholic Beverage Commission (TABC) ended its extended grace period and required all businesses currently functioning on expired licenses to apply for renewal before March 31st, 2022. Effective April 01, 2022, all license holders should have filed their renewal applications with TABC to continue their normal business operations.

The District of Columbia has extended the streatery program allowing certain permittees and licensees to use street-level outdoor private or public space to serve, sell or allow the consumption of wine, beer, or spirits. The streatery program was initially set to expire on February 28, 2022.

Effective April 1, 2022, through December 31, 2023, the Washington Legislature reduced the license fees for the following Washington licenses:
The beer, spirits and wine restaurant license annual fee shall be as follows: